Force Measurement in all its variety
Language

A consumer is any legal entity wich concludes a legal transaction for a purpose that cannot be ascribed to a commercial or independent business activity.

You have/The client has the right to withdraw from the contract within 14 (fourteen) days without giving any reasons. The period of revocation is 14 days and begins as soon as you or a third party, other than the carrier and indicated by the consumer has acquired the material possession of the goods. To exercise your right of revocation, you have to inform us about your decision to withdraw from the contract through the addressees shown below by means of a clear declaration (for example a mailed letter, telefax or e-mail). For this you could use the Muster-Widerrufsformularattached model withdrawal form, wich is however not obligatory. To observe the revocation period it shall be sufficient, that you send the message, concerning the exercise of the right of revocation, before expiry of the revocation period.

If you revoke this contract we are obliged to refund all payments including shipping costs (with exception of the costs, generated by a way of delivery other than the cost-effective standard delivery offered by us), immediately and within fourteen days at the latest, from the day on wich we receive your revocation declaration. For this refunding we use the same means of payment that you used for the original transaction, unless expressly agreed otherwise; no further fees will be charged for this repayment. We may withhold the reimbursement until we either received the goods back, or you have supplied evidence of having sent back the goods, whichever is the earliest. You must return the goods immediately within fourteen days, starting from your declaration of revocation. The period has been met, if you return the goods before the withdrawal period has expired.
You will only be charged for the direct cost of returning the goods.

You are only liable for any diminished value of the goods resulting from the handling other than what is necessary regarding the characteristics, properties and function of the goods.

Exclusion or premature expiration of the right of revocation

The right of revocation does not apply to

The right of revocation expires early for

If you wish to withdraw from the contract, please complete and send back this form or send us a signed letter by mail or fax, or an e-mail with the following content: 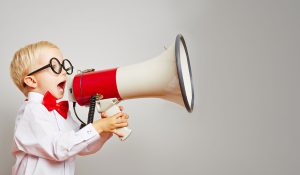